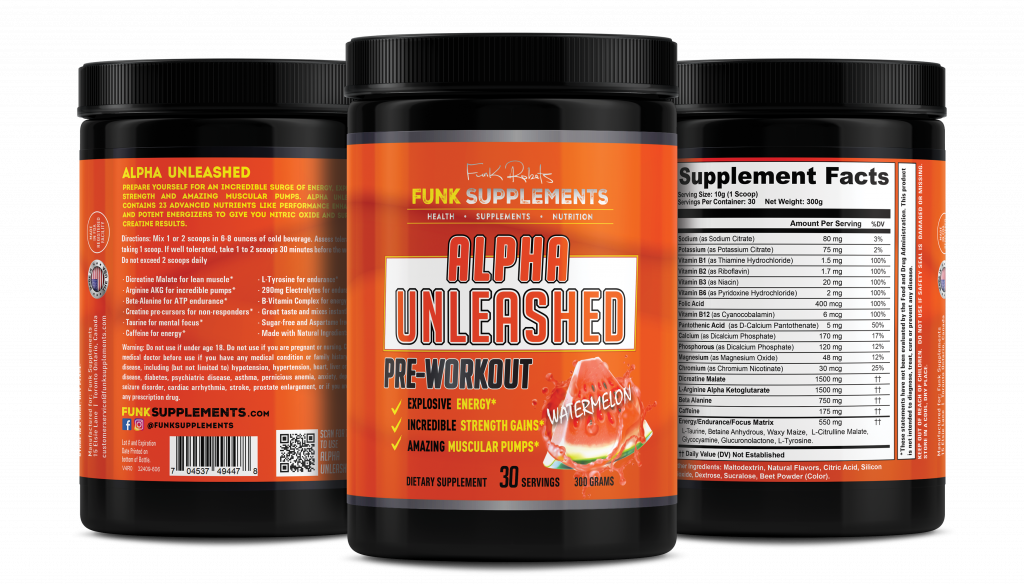 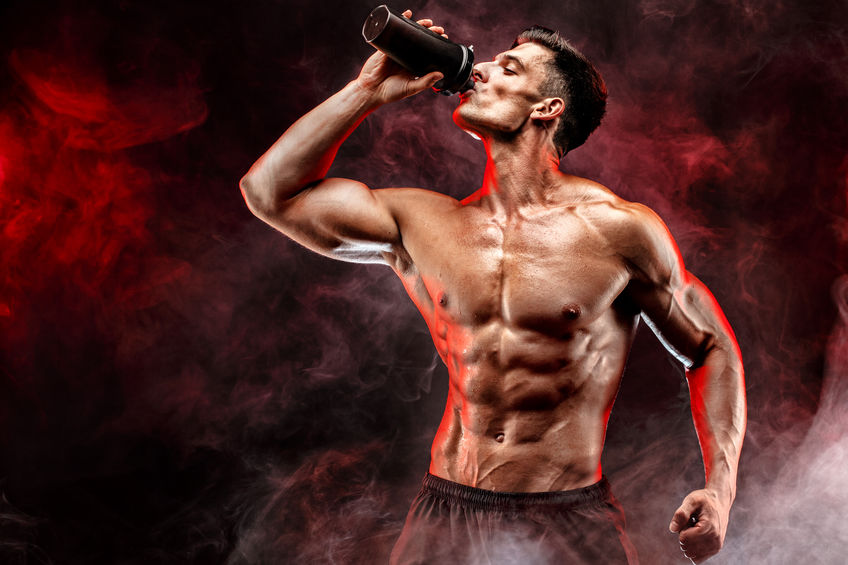 And while most blends contain some semblance of beta-alanine—all in different doses of course—most people have zero clue what it actually does; it’s just another ingredient a blend that gets you pumped.

So, for anyone that has no idea why beta-alanine needs to be in your training stack or is starting to get on board with it, let’s zero in on all thing’s beta-alanine.

But despite common conception, it’s not just for strength and hypertrophy workouts. 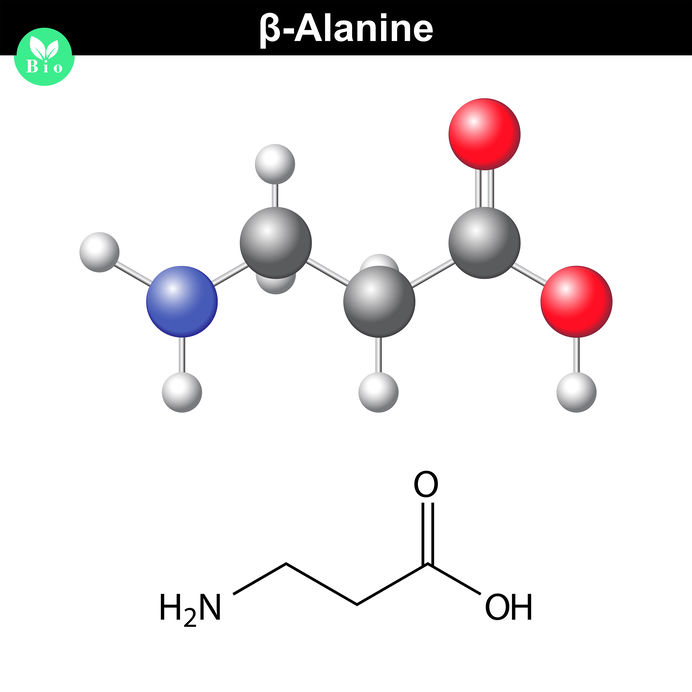 Some of us may know about the non-essential amino acid alanine. Beta-alanine is the beta form of alanine, because the amino group is attached to the beta carbon instead of the usual alpha position of alanine, hence the name BETA-alanine.

But in terms of what beta-alanine actually does, it helps to enhance performance and extend work time by reducing buildup of lactic acid. If you’ve ever had serious lactic acid building in your muscles during a workout before, you know what a pain in the ass it is to deal with and how detrimental to your workout it can be.

The whole point of taking beta-alanine is to increase muscle carnosine levels so that lactic acid doesn’t build up. 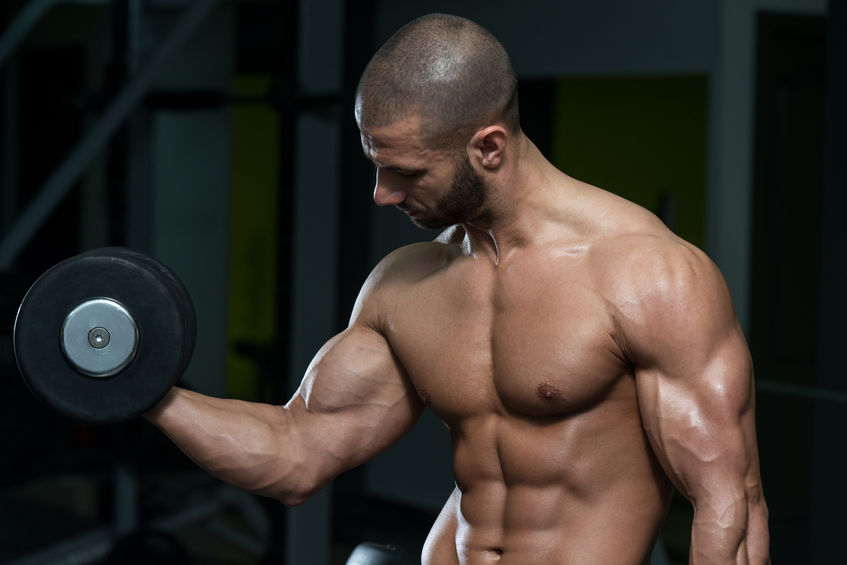 It actually combines with another amino acid called histidine to produce carnosine, which is stored in skeletal muscle. Because the amount of beta-alanine is the limiting factor in the synthesis of carnosine, supplementing helps to boost muscular levels [2].

By now you’re probably wondering what all this talk about carnosine is and how it has anything to do with beta-alanine. And if that’s you, let’s help you understand how muscles work.

Normally, levels of histidine are high and beta-alanine are low in muscles, which limits the amount of beta-alanine your body can produce (it’s needed to make carnosine).

But by increasing the amount of substrate available to make carnosine, you can increase levels to meet those of histidine and produce a mass of carnosine.

Now, the role of carnosine during exercise is to prevent muscular fatigue and extend your ability to work. Time to get all science on you. 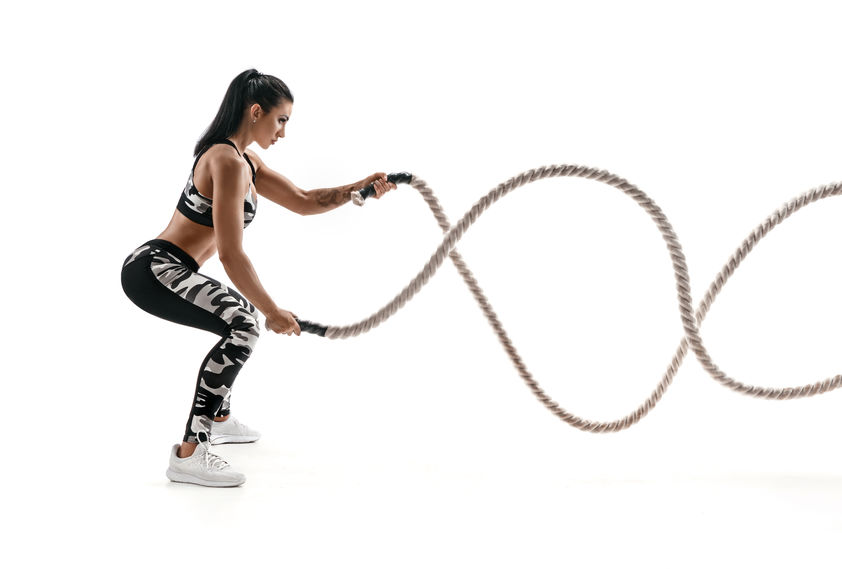 Here’s a step-by-step of how it works:

The whole point of taking beta-alanine is to reduce acidity in the muscles to allow glucose to continue to be broken down to supply energy to fuel work. And since beta-alanine increases muscle carnosine, it helps to reduce acid and prevent fatigue (or at least delay it). 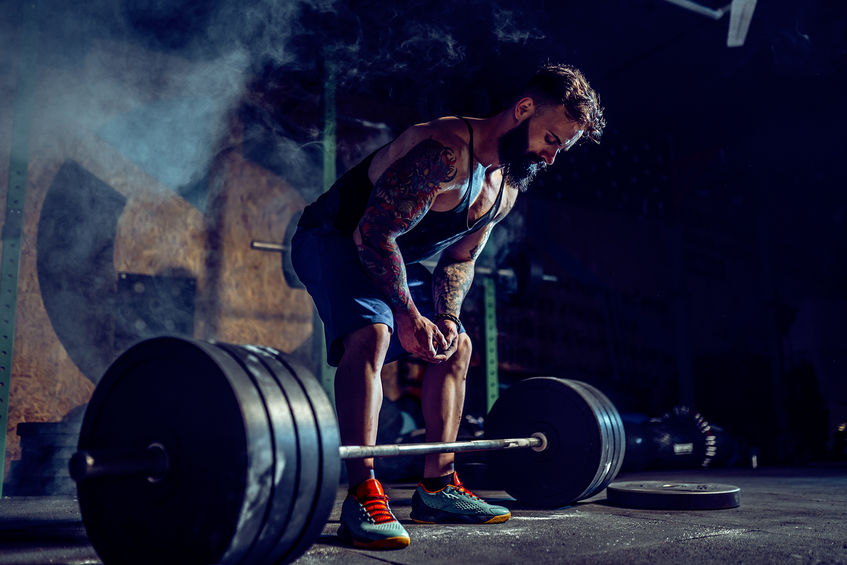 In a recent interview with Joe Rogan and Mat Fraser—retired CrossFit star who has won 5 CrossFit Games championships—Fraser was asked what his favorite pre-workout supplement was and the answer would probably surprise most people. Not a pre-workout, not creatine, but beta-alanine.

According to Fraser, he uses “a sh*t load of beta-alanine” before every training session and it makes him feel like he has a third lung. It’s kind of like a WTF moment for most of us who have never used the stuff, but apparently it works.

Because beta-alanine plays a role in muscle endurance in high-intensity exercise, it’s marketed as a way to enhance sports performance and extend endurance capabilities.

So, what’s in it for high-intensity metabolic training sessions?

Aside from the skin tingling itchy feeling you get after taking a decent amount, actually a lot.

3 BENEFITS OF USING BETA-ALANINE FOR CARDIO AND HIIT TRAINING

WATCH THIS VIDEO BELOW

It’s typically been a muscle or strength-only supplement, but the benefits of beta-alanine are changing gears and extend well into other forms of training. Where HIIT and cardio are concerned, there couldn’t be a better supplement.

Beta-alanine is actually most effective during anaerobic exercises (intense and exhaustive exercise that causes lactic acid accumulation) like high-intensity interval training or sprints. And if you’re doing repeated bouts of intense exercise—as is the case with my programs—with short recovery periods, it’s going to come in handy.

# 1 It Increases Time to Fatigue 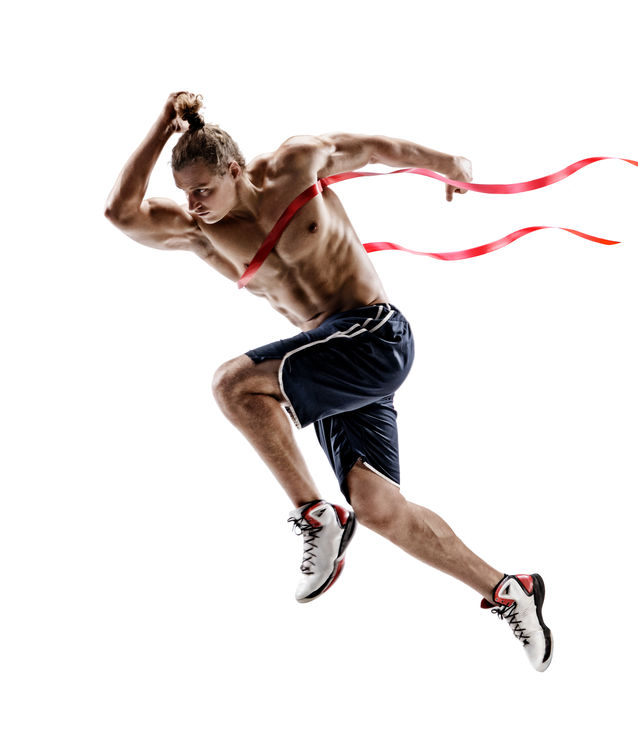 This is the biggie with beta-alanine and it’s what everyone goes after it for. Whether you’re training for a competition or hitting one of my high-intensity metabolic workouts, beta-alanine is my go-to for preventing fatigue onset.

Basically, beta-alanine works to help you train harder for longer, without feeling that muscle-clenching, painstakingly terrible feeling of your muscles tensing up and tiring.

There’s ample research to suggest that beta-alanine supplementation improves exercise capacity in tasks lasting 60-240 second (1-4 minutes), but interestingly not in tasks lasting less than 60 seconds where acidosis is not likely the primary limiting factor [x].

Another study showed similar results. It investigated the effect of beta-alanine supplementation during a high-intensity interval training (HIIT) program on repeated sprint ability (RSA) performance using 6.4g/day of beta-alanine or the same amount of dextrose for 6 weeks [x3].  Results showed that using beta-Alanine during the high-intensity interval training program increased repeated sprint performance, which may be attributed to improving muscle carnosine content, which attenuates central fatigue 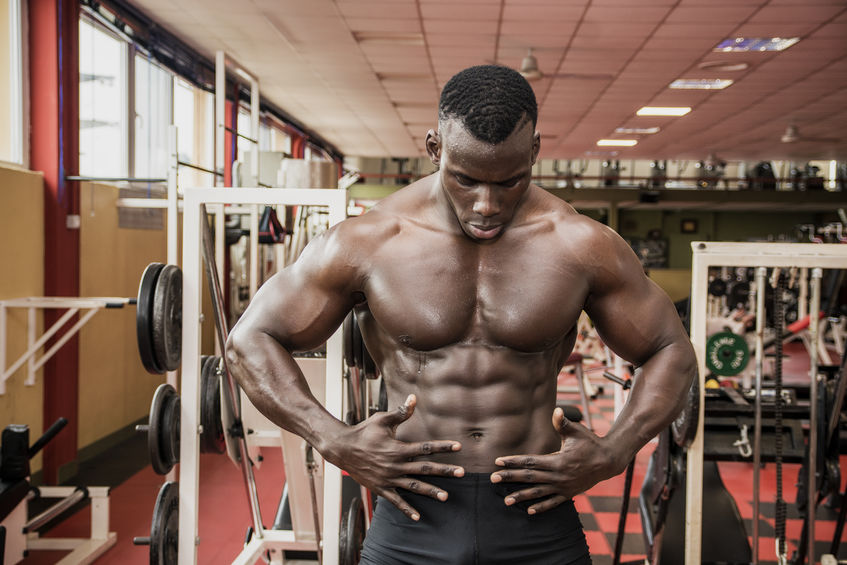 Working through muscle cramps is some pretty gnarly stuff. Some people can do it, but for most of us our ability to push on is severely comprised. Muscle acidosis is the number one killer of high-intensity training and if you want to avoid that, taking beta-alanine is key.

Because of the natural of high-intensity training—short duration, max effort—glucose is burned at a rapid pace because the muscles require large amounts of energy. More glucose being burned means more lactate being produced and thus more acidic muscles.

But if you can supplement with beta-alanine and put that risk out the window, you’re gold.

Piggybacking on the last benefits, there are several studies to show the benefit of beta-alanine for extending work capacity in short-duration exercises.

One study evaluated the effects of combining beta-alanine with high-intensity interval training (HIIT) to measure its effects on endurance performance and aerobic metabolism in recreationally active college-aged men [x4]. Participants were given either 6 g/day for the first 21-days, followed by two times per day (3 g/day) for the subsequent 21 days or a placebo. Results showed significant improvements in VO2peak, VO2 time to exhaustion, and pre-training VO2peak after just three weeks of training.

But it’s not limited to just one study. Other consistently show that beta-alanine supplementation can elicit significant improvements in performance during multiple bouts of high-intensity exercise as well as single bouts of exercise lasting more than 60 seconds. 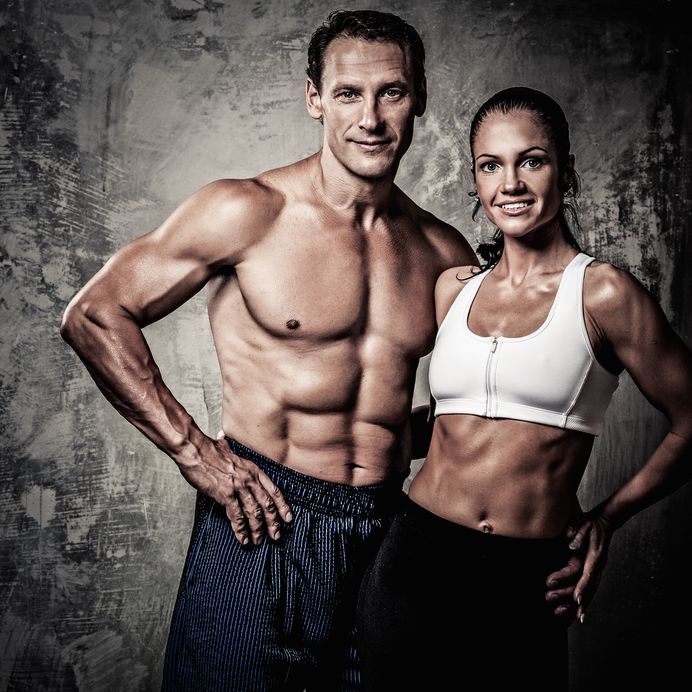 I can’t tell you the number of people that think hitting their person best is a thing of the past as they start to age. Yeah, physical performance and muscles mass start to decrease as we get older, but there are SO many things we can do to prevent that. The excuse of “it’s not as easy as it once was” hold some merit, but most often it’s a load of bull for people to give themselves as an out for working hard.

My point here is that because the ageing process does compromise some of our muscular endurance and strength, as well as decreases intramuscular carnosine levels, most people will experience a quicker rate of fatigue during exercise than they did 20 years ago. But beta-alanine can stop that (or at least delay it).

I KNOW. If you’re in your 50s or 60s you’re probably thinking “Funk, I’m way past my days of taking pre-workout supplements, man.” A beta-alanine one is different. No jitters, crashes, or whatever else happens from pre-workouts. Just clean energy than can help to reduce fatigue onset and extend your endurance training by boosting skeletal muscle carnosine and increasing your lactate threshold. 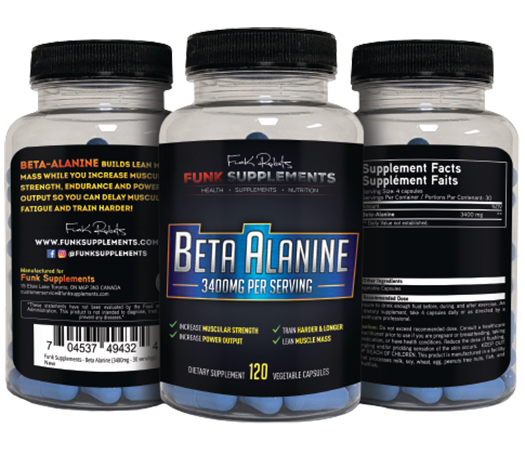 Obviously, beta-alanine supplements different in potency and therefore the results you’re going to get, I don’t want you to have to sort through shelves or pages of supplements trying to find something that works for you.

Funk Beta-Alanine is a power-building supplement designed to build lean mass, increase muscular strength, endurance, and power output while delaying muscular fatigue to enable you to train harder for longer.

It’s potent high-quality beta-alanine with 3,400mg per serving, and you’ve got to know that it’s third-party tested and GMP compliant to ensure you’re only getting the purest and most effective product.

How To Use Beta Alanine

The supplementation strategy for beta-alanine is important to maximize its effects.

Research does suggest that you need a loading phase and dose of 4-6g daily for a minimum of 2 weeks which will increase muscle carnosine concentration from 20-30% (6) and after 4 weeks 40-60% increase. (7)

Additionally, if supplementing with a non-time release version, consuming a total daily dose of 6 g would be important for augmenting muscle carnosine [40].

After the loading phase you can switch to using this before workouts.

THANK YOU FOR TAKING THE SURVEY – THIS IS NOW CLOSED! 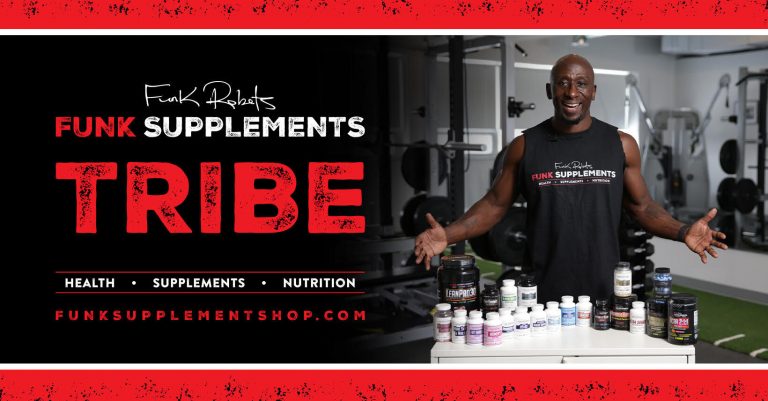 Want An Extra 10% Off Your Next Order?

Plus, early access to new arrivals, exclusive sales, and lots more? Join the Tribe below!