WATCH THIS VIDEO TO LEARN MORE ABOUT THE BENEFITS OF Ashwagandha

Ashwagandha is a powerful ancient herb that’s been used for centuries in Ayurvedic medicine because of its health-boosting properties. It’s one of the most well-known adaptogens in the plant world and helps the body manage stress. 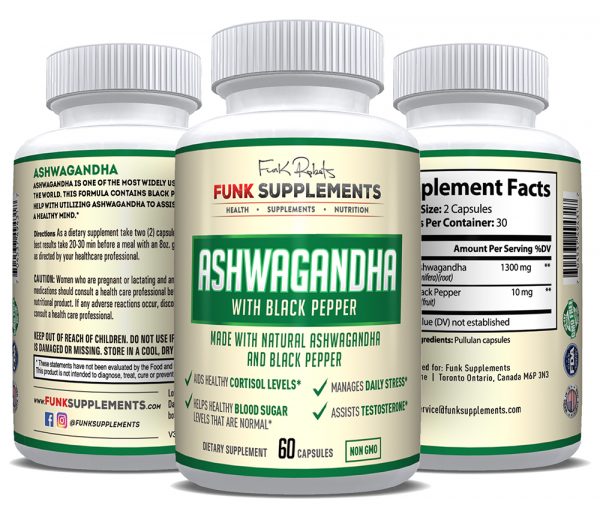 It’s one of the most powerful herbal supplements that affects more than just your stress response:

From: Funk Roberts
Re: Ashwagandha

This small shrub is native to India and North Africa. Ashwagandha supplements are created from the plant’s root or leaves and are used to treat a variety of conditions ranging from low energy and blood sugar imbalances to inflammation, high cholesterol, and memory issues. Many of these benefits are attributed to high concentrations of a plant chemical called withanolides.

While ashwagandha boasts a low of powerful effects, the problem with a lot of herbal supplements is that they’re poorly absorbed by the body. The addition of black pepper functions to boost the bioavailability of ashwagandha, which means better absorption and better effects. 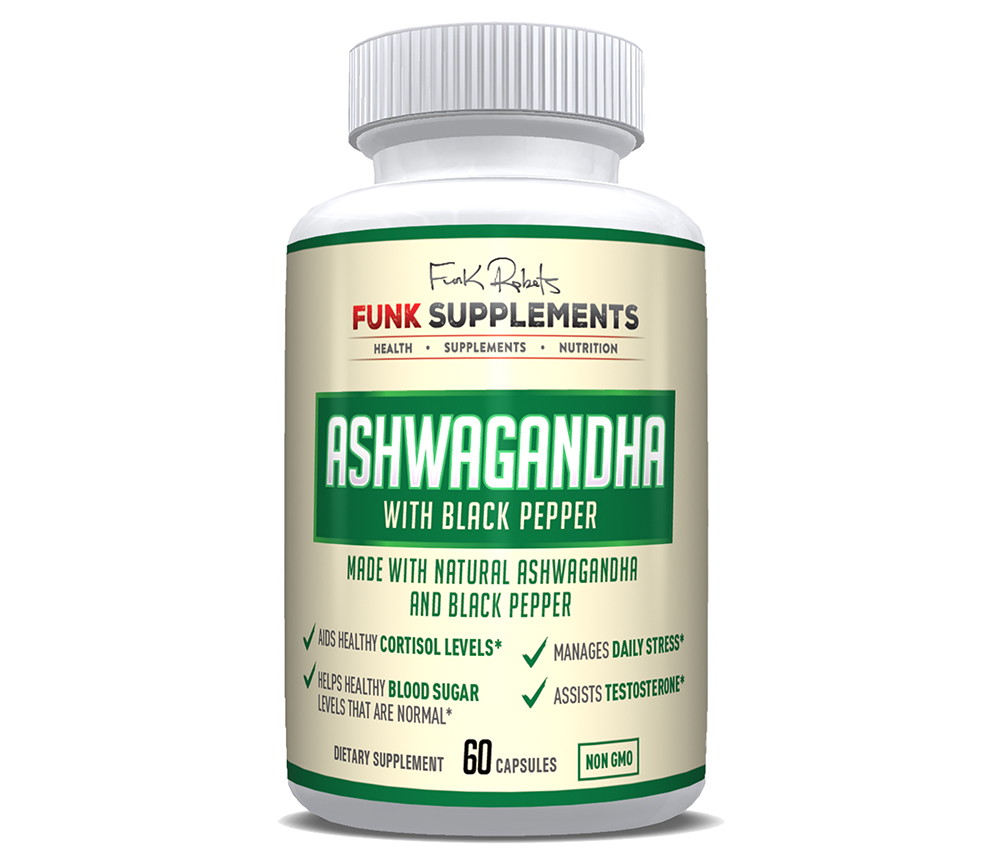 Cortisol is your mains stress hormone released by the adrenal glands in response to stress and when blood sugar gets low. Chronic stress, however, causes chronically elevated levels of cortisol that wreak havoc on just about every system in the body.

Ashwagandha is one of the most powerful adaptogens that help to mitigate the effects of stress by reducing cortisol levels [1]. Adaptogens are your push-through-it supplements that help to increase resistance to stress, reduce fatigue and exhaustion, and prevent weight gain. These stress-relieving effects may be due to its ability to modulate the effect of stress on the hypothalamus-pituitary-adrenal (HPA) axis activity [2]. 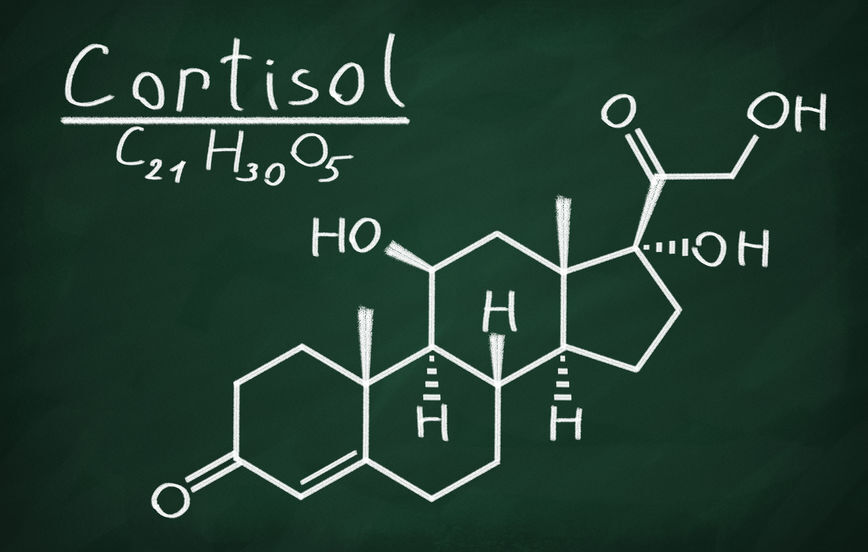 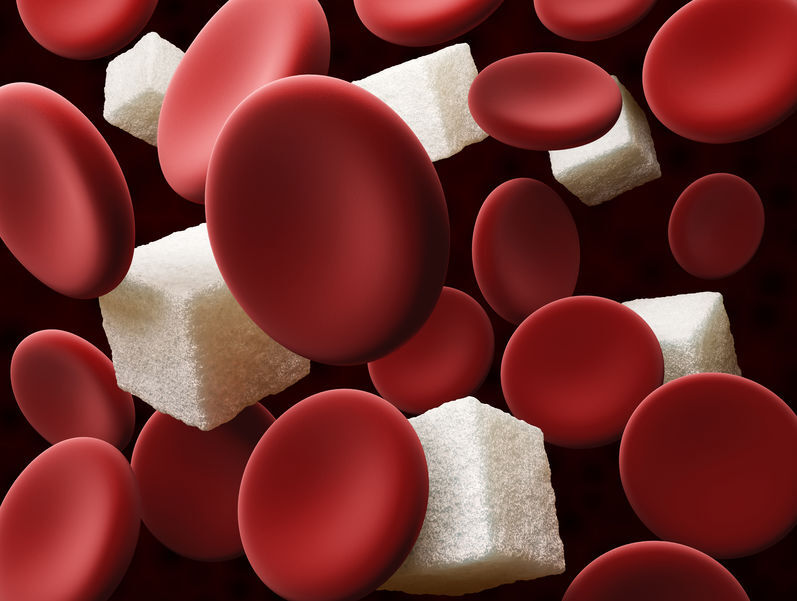 Chronically imbalanced blood sugar levels can be the reason behind weight gain, mood swings, headaches, fatigue, and other symptoms. Low blood sugar also causes the body to release cortisol in an attempt to mobilize glucose and increase blood sugar.

Ashwagandha may help to regulate glucose and insulin levels, thereby reducing cortisol and stress, and eliminating symptoms of low blood sugar. One study found that both leaf and root extracts of ashwagandha increase glucose uptake in muscle cells and adipocytes [3].

Another study found that supplementing ashwagandha for 30 days in type 2 diabetics reduced fasting blood sugar at a rate comparable to conventional hypoglycemic drugs [4].

As one of the most powerful adaptogenic herbs, ashwagandha is great for helping the body cope with stress. Stress is a major exacerbating factor for the development and progression of conditions like hypertension and diabetes, but also a common trigger for mood disorders such as anxiety and depression.

By targeting the HPA axis, ashwagandha can help to attenuate the response of the nervous system to stressors, thereby reducing anxiety. An 8-week study found that ashwagandha supplementation in chronically stressed individuals was associated with reduced anxiety, morning cortisol levels, C-reactive protein (a marker of inflammation), heart rate, and blood pressure [5].

Another 6-week study found that 88% of people taking ashwagandha reported feeling less anxious compared with 50% of those who took a placebo [6]. 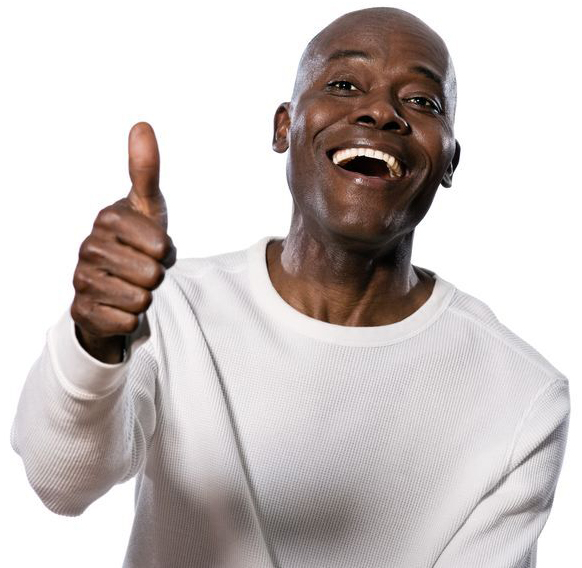 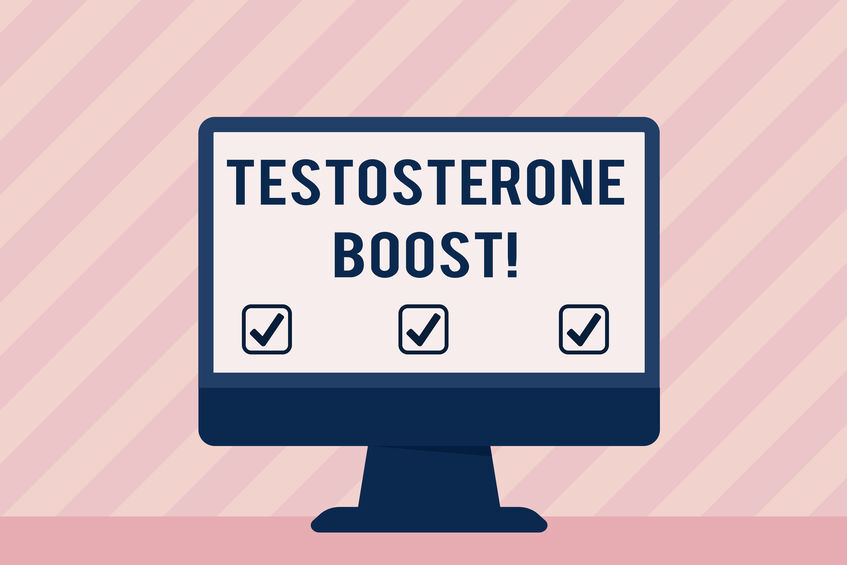 Testosterone and fertility both decline as you age, but studies show that ashwagandha may help to boost testosterone levels in men.

Inflammation and oxidative stress levels are high during periods of elevated stress, whether it’s mental, physical, or emotional stress. Due to its effect on the HPA axis and the immune system, ashwagandha may be a powerful anti-inflammatory herb.

In humans, ashwagandha has been shown to increase immune activity to reduce illness and infection [11], as well as reduce markers of inflammation. One study found that people taking 250 mg of standardized ashwagandha extract daily had a 36% decrease in CRP levels compared with only 6% in the placebo group [12]. 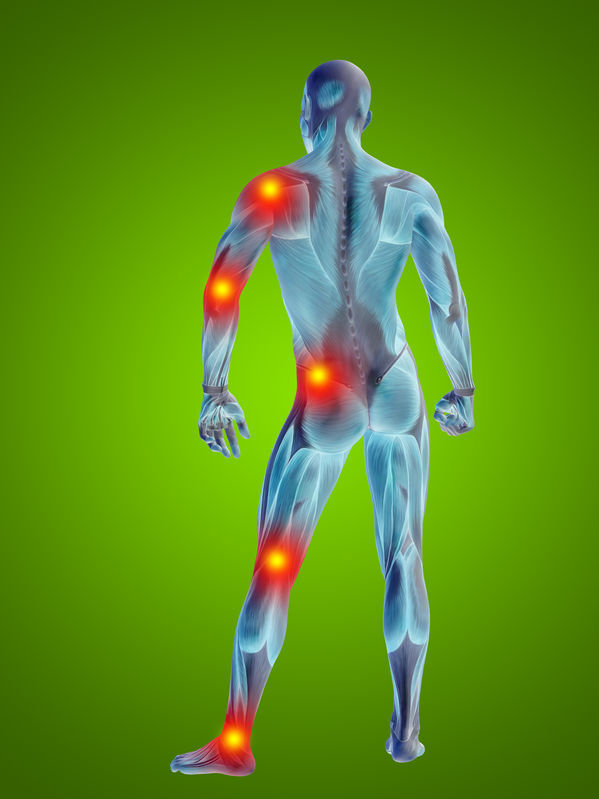 Ashwagandha’s anti-inflammatory effects make it great for heart health, but it may also improve heart health by reducing cholesterol and improving lipid profile.

Rodent studies find that ashwagandha reduces total cholesterol by 53% and triglyceride levels by almost 45% [13]. While the results of human studies aren’t quite as staggering, one study found the participants taking the highest dose of standardized ashwagandha extract showed a 17% decrease in LDL cholesterol and an 11% decrease in triglycerides [12]. Other studies find similar results [14].

As an important herb of the Indian Ayurvedic system of medicine, ashwagandha is classified as a Rasayana (tonic). These herbs have been traditionally used to promote intellect and memory. The cognition-promoting effects of ashwagandha are best seen in diseases where memory is an issue where it acts to revitalize the nervous system.

Studies show that ashwagandha can slow, stop, and reverse or remove neuronal atrophy and synaptic loss, which makes it an effective supplement for treating Alzheimer’s, Parkinson’s, Huntington’s, and other neurodegenerative diseases where neuronal transmission is impaired [15]. 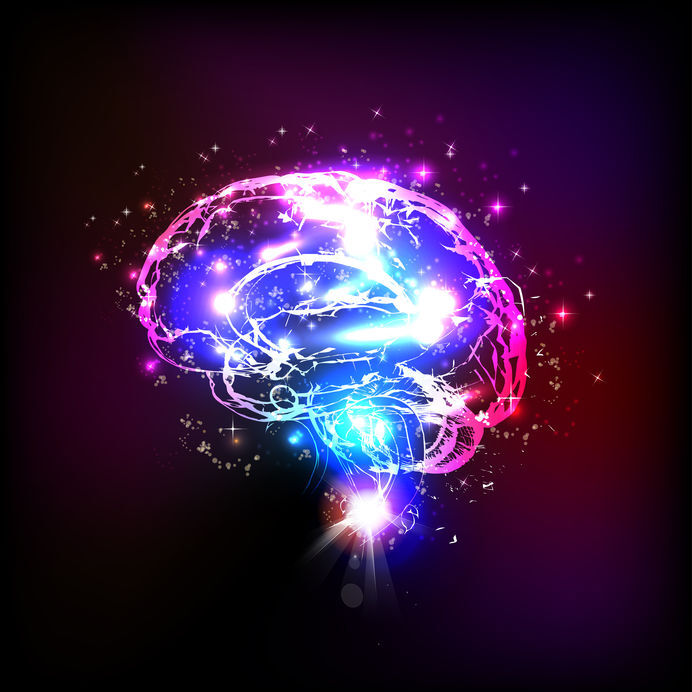 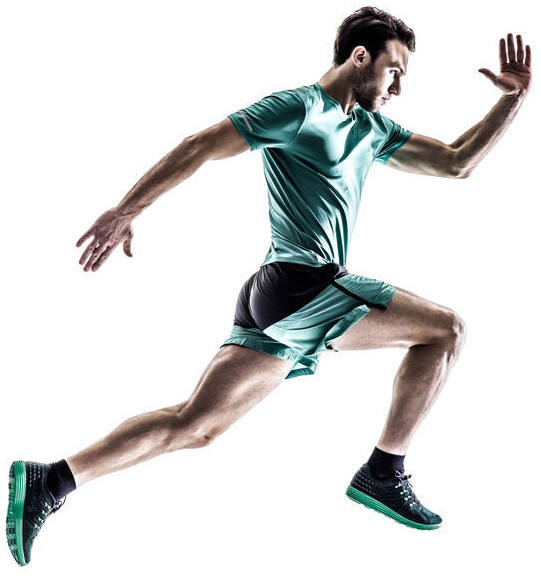 Thanks to its adaptogenic properties, ashwagandha is great for supporting normal energy metabolism and promoting thyroid health, making it a powerful herb for fighting fatigue associated with stress. 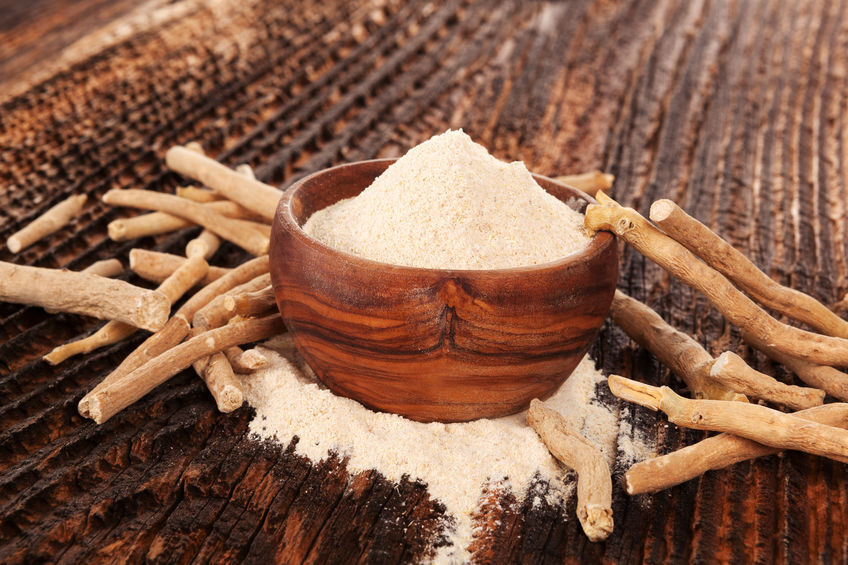 Supplementation with ashwagandha is generally well tolerated and safe for short-term use, but there is relatively little information available on long-term side effects. Some adverse side effects have been noted with higher doses, which included unusual increases in appetite, libido, and hallucinogenic effects with vertigo [14]. Other side effects of high-dose supplementation may include stomach upset, diarrhea, and vomiting.

The recommended dosage depends on the type of supplement being used. Extracts are typically more effective than ashwagandha root or leaf powder, but it’s always best to follow the dosing directions on the label.

Certain medications can be contraindicated with ashwagandha. Speak to your medical professional before starting a new protocol if you are taking prescription medications. Pregnant or breastfeeding women should avoid taking ashwagandha. 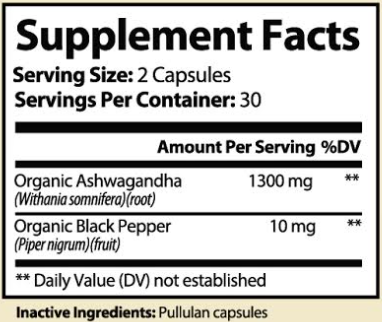 To your success,
Funk Roberts